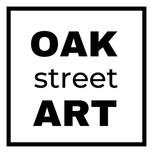 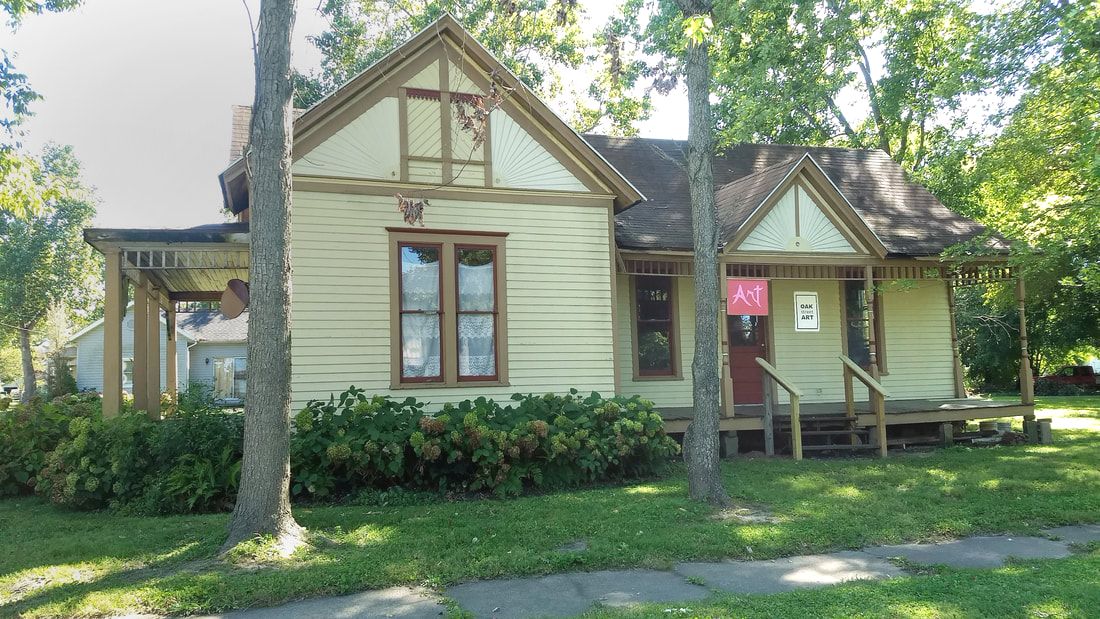 ​​Former members are listed below, in alphabetical order. Please see Our History section below for more about the founding and evolution of Oak Street Art.​

Also around this time, the Murphysboro Hometown Christmas celebration was expanding its focus to involve even more art. Darby Ortolano (ceramics) took the lead in curating larger holiday exhibits/sales at the Hughes Gallery (1603 Edith St., now the studio of printmaker Luca Cruzat) and later, in cooperation with museum director Michael Jones, at the General John A. Logan Museum.

One day in November of 2015, after having participated in several small group art sales, Sue Gindlesparger and Rachel Malcolm Ensor were standing in Rachel’s studio, looking out the window onto Oak Street before them. As they talked about how the trunk shows had been going, they began to wonder what it might look like to hold an art sale outside, on the charming brick street. Soon, they began spinning a vision of not just assembling the same small roster of artists outside, but of expanding the sale to more artists, especially to those with studios in the surrounding neighborhood, to help bring public awareness to what is now known as the (General John A.) Logan Historic Arts Neighborhood.

And then . . . why not invite even more artists and make it a real art fair? Growing in excitement about the possibility but also quickly approaching a very busy holiday season, Sue and Rachel decided to table the idea for the moment. “Call me in January if you want to pick this up again,” Rachel remembers saying to Sue. That’s exactly what Sue did, and the Oak Street Art Fair was born.

Looking back, Sue recalls how perfectly Cynthia Roth’s graphic of a section of Oak Street captured the spirit of their original dream for an art fair that would bring artists out of their studios and onto the brick street. Although Cynthia is no longer a group member, her graphic is still featured in many materials used by the current incarnation of Oak Street Art.

The hard work paid off, and the group held the first-ever Oak Street Art Fair on April 23, 2016, a beautiful spring Saturday, with a dozen artists exhibiting, plus live music, demonstrations, and Pat’s Barbecue for sale. After a ribbon-cutting ceremony with Murphysboro Mayor Will Stephens, the event was well-attended and, if we may say so, delightful.

The following spring, in March of 2017, the group decided to invite Ann Fischer (photography) to join the Oak Street Art Group, which she happily did. Unhappily, though, rain and thunderstorms spoiled the fun planned for the second fair in April of 2017. Rescheduled for September 2017, the second annual Oak Street Art Fair was another success.

In February of 2018, the group again expanded when leather artist Cathy Schmidt agreed to join. The third (2018) and fourth (2019) annual Oak Street Art Fairs were hits, with 32 and 36 committed artists, respectively, in 2018 and 2019. Starting with the 2018 fair, the Children’s Art Tent created a fun space for kids to work on structured art projects with current and former teachers there to help. Free live music has also become a big part of the fair, with seven popular musical acts performing on the Oak Leaf Stage, every hour on the hour between 10 a.m. and 5 p.m.

More changes came to Oak Street Art in 2019, with the departure of Shirley Krienert and Rachel Malcolm Ensor for other adventures, as well as the arrival of stained glass artist Stephanie Dillard. Later in 2020, Ann Fischer moved away, but her heart is always with the group. Oak Street Art (“Group” was dropped as part of the name in 2018) continues to evolve in the Logan Historic Arts Neighborhood, in our new headquarters, the Jones House on the southwest corner of Oak and 16th Streets in Murphsyboro. Look for the permanent black and white Oak Street Art banners hung up high along Oak Street, thanks to the Murphysboro Tourism Commission.

In addition to putting on the annual art fair, Oak Street Art members are actively engaged in their community, especially in providing opportunities for children to make their own art. See community tab for details.